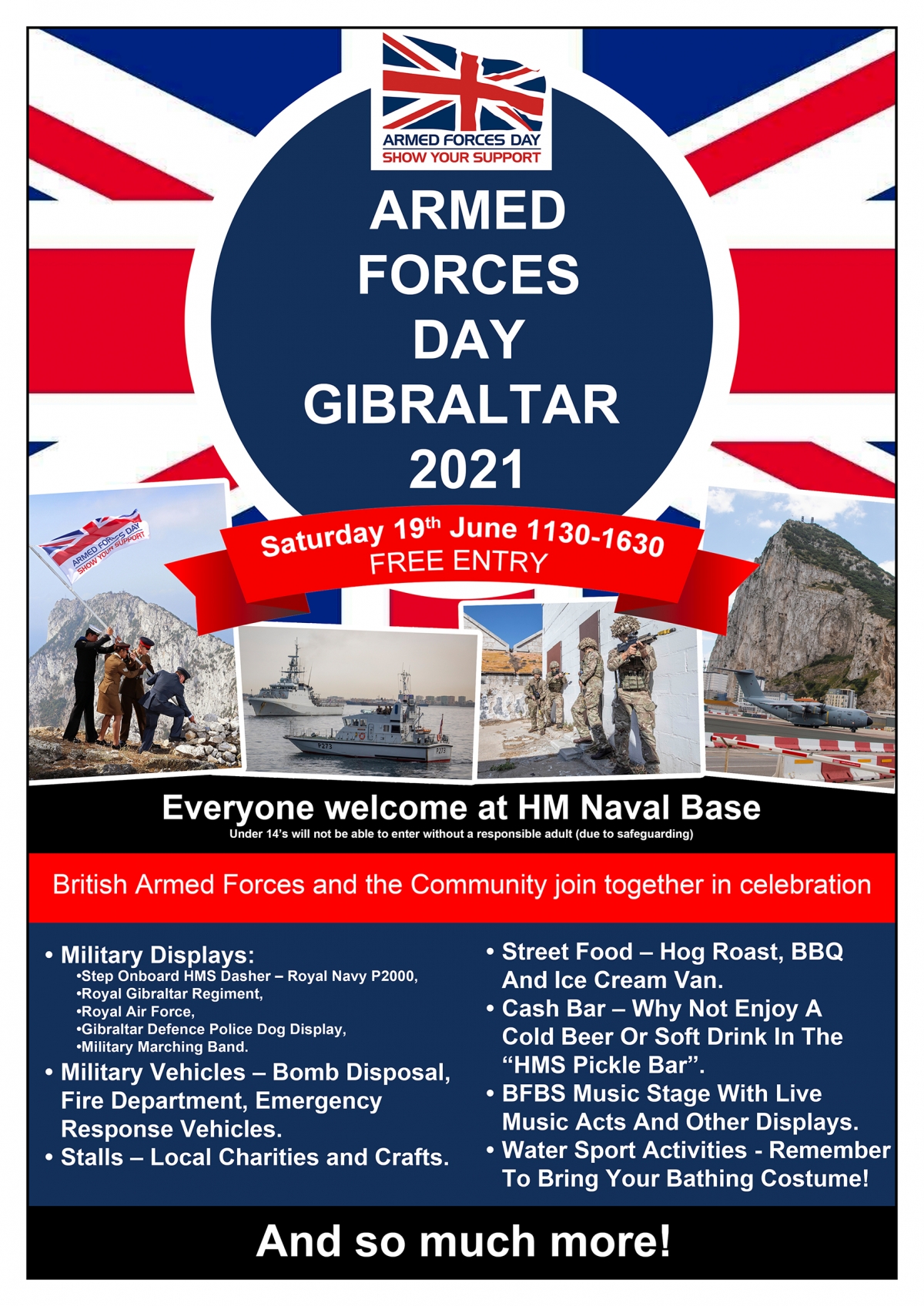 The British Forces community in Gibraltar will host an Armed Forces Day (AFD) event on Saturday 19 June, one week ahead of the national Armed Forces Day 21 which will be celebrated on 26 June.

The British Forces community in Gibraltar will host an Armed Forces Day (AFD) event on Saturday 19 June, one week ahead of the national Armed Forces Day 21 which will be celebrated on 26 June.

Due to the coronavirus pandemic, many communities are still unable to hold Armed Forces Day events. However, due to the easing of COVID-19 control measures here in Gibraltar, British Forces Gibraltar (BFGib) is very fortunate to be one of the few communities able to host physical events this year to mark AFD21.

This is also the first time that British Forces Gibraltar has held such an event and it promises to be a fun-packed day. Much planning has taken place over the past few months to pull together this event, and we are extremely grateful for the tremendous support received from local businesses in the community, without which the event could not take place.

Starting with a ceremonial march from John Mackintosh Square to the Naval Base from 1000 on 19 June 2021, the public will then be able to access the Naval Base between 1130 and 1630. They will be able to enjoy the various activities taking place and to learn a little bit about the work conducted by the Armed Forces here in Gibraltar. Military displays, equipment stands, stalls, street food, water sports and so much more will be the order of the day. In addition, later on during the evening of 19 June there will be an Armed Forces Day event taking place in Grand Casemates, organised by Her Majesty’s Government of Gibraltar (HMGoG).

Don’t miss out on all the fun. Come along and celebrate AFD with the British Forces community. Further details can be found on the Armed Forces Day posters which will shortly be displayed at various establishments throughout Gibraltar. Alternatively check out @MODGibraltar for any updates.