The Force is Strong with Gibraltar’s Skywalk

Mark Hamill, the actor who plays Luke Skywalker in the Star Wars film series, opened the Skywalk at the top of the Rock of Gibraltar this morning.

Standing 340 metres directly above sea level, the Skywalk is higher than the tallest point of London’s The Shard. Gibraltar’s Skywalk offers breath-taking 360º views spanning three countries and two continents. The Skywalk is set to become Gibraltar’s premier tourist attraction, and links to other sites within the Upper Rock Nature Reserve including the thrilling Windsor Suspension Bridge and the famous Apes’ Den via a series of walking trails.

Built on the foundations of an existing WWII base structure, the Skywalk is designed to withstand wind speeds of over 150km/hour and can carry the weight of 5 Asian elephants, or 340 people, standing on it at the same time (visitor numbers will be limited to 50 at any one time). The floor and balustrade panels are made up of 4 layers of laminated glass (with a total thickness of around 4.2cm).

Laid out side-by-side, the 42 glass panels would cover more than 750m2, roughly the equivalent of 4 tennis courts. The walkway is 2.5m wide and projects a maximum of 6.7m from the main structural support point. 70m of rock anchors and 30,000kg of steel secure the Skywalk to the Rock.

Flanked by Boogie Storm, the dance group famous for their tight routines performed in iconic Stormtrooper outfits, Mr Hamill officially declared the Skywalk open. Ceremonially cutting the red ribbon with a ‘lightsaber’, Mr Hamill announced: “the Force is strong with the Skywalk”. The Chief Minister, the Hon Fabian Picardo QC, joined Mr Hamill at the official opening. Mr Picardo commented: “I am delighted to welcome Mark Hamill to Gibraltar for a very special inauguration of the Skywalk. At the top of the Rock of Gibraltar the Skywalk will serve as a stunning attraction for years to come, and it is only fitting that Mr Hamill, best known as ‘Luke Skywalker’ himself, should take the first steps”. 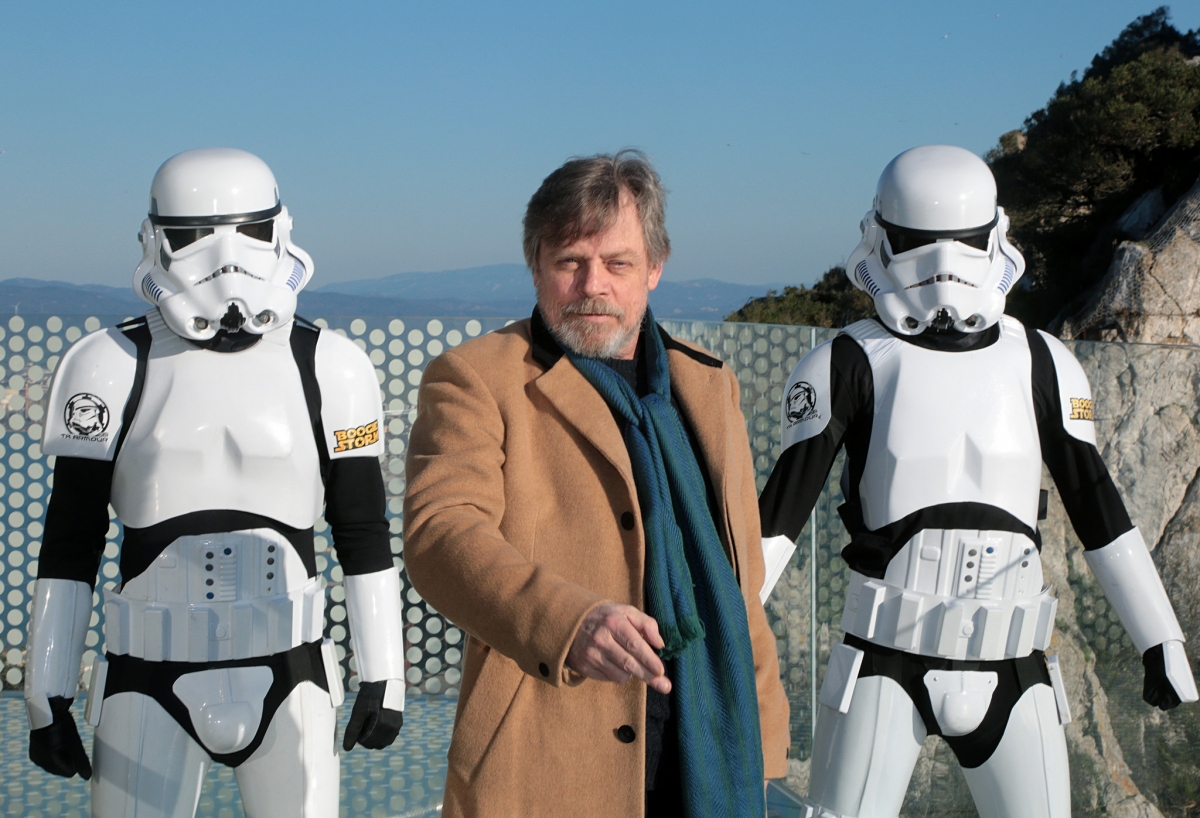 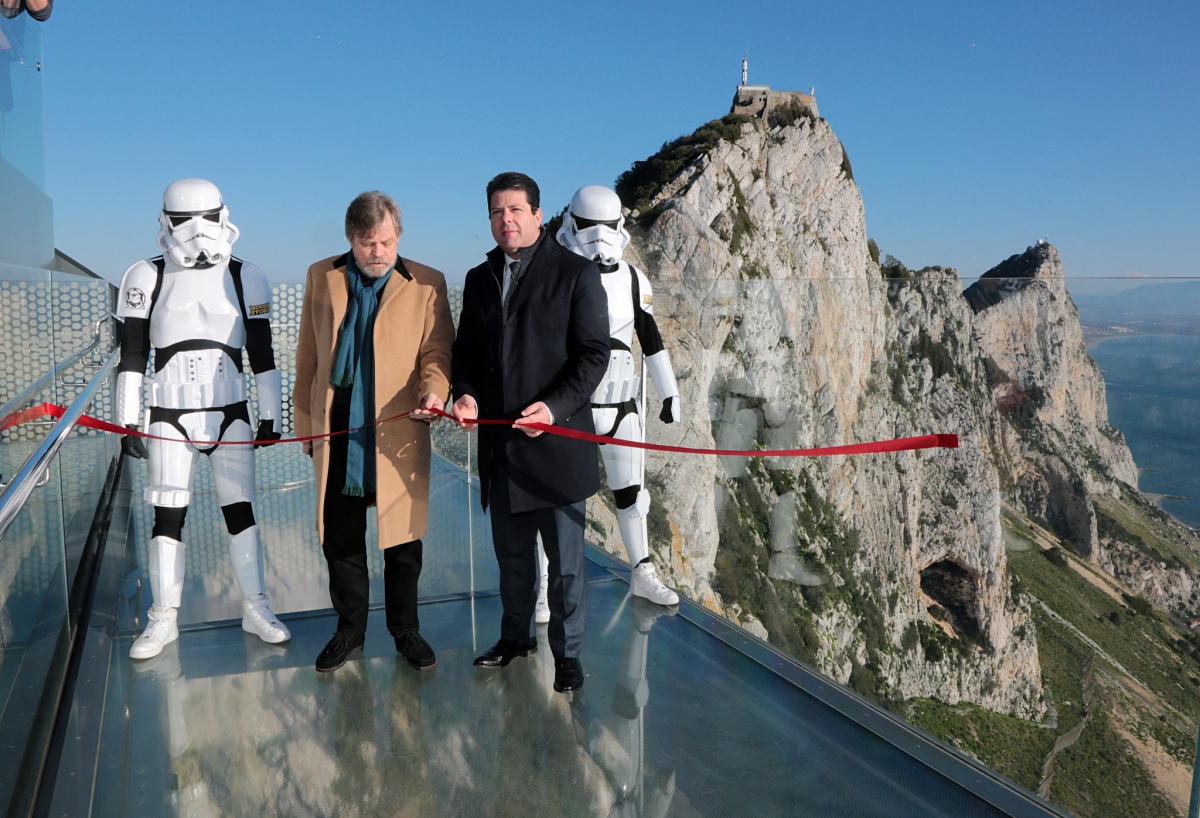