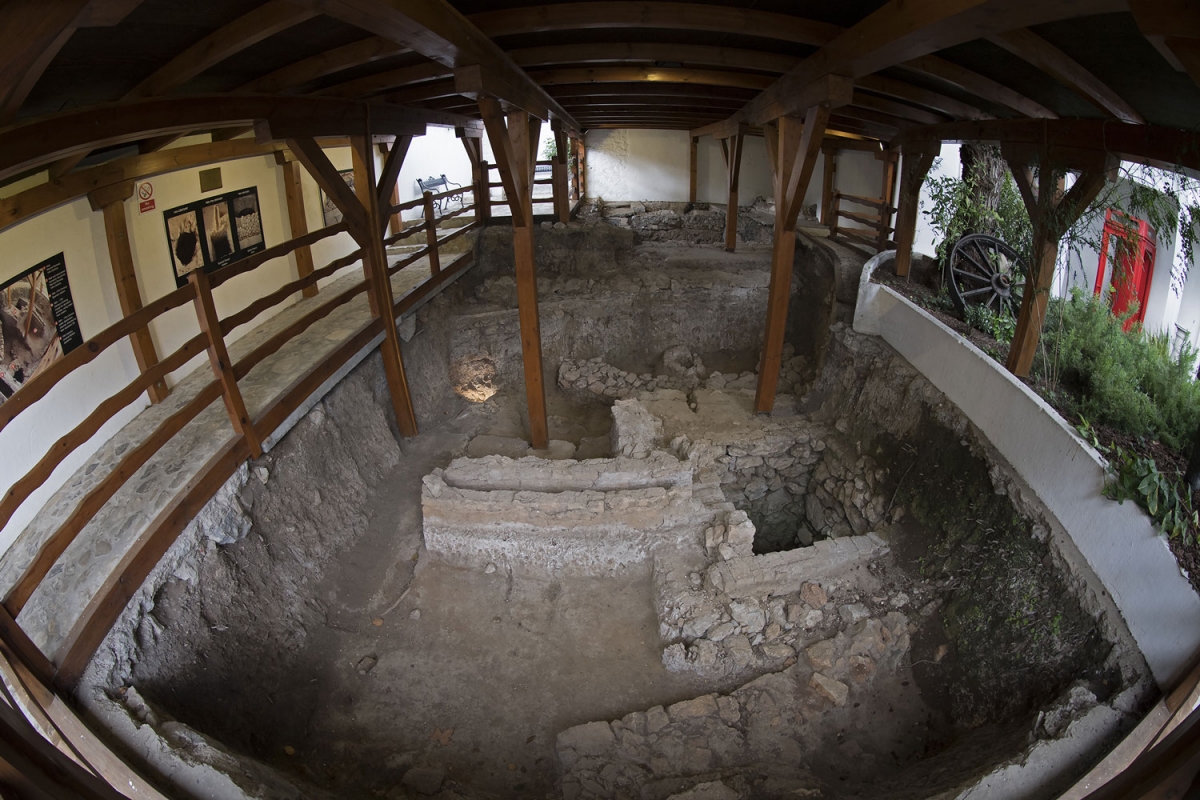 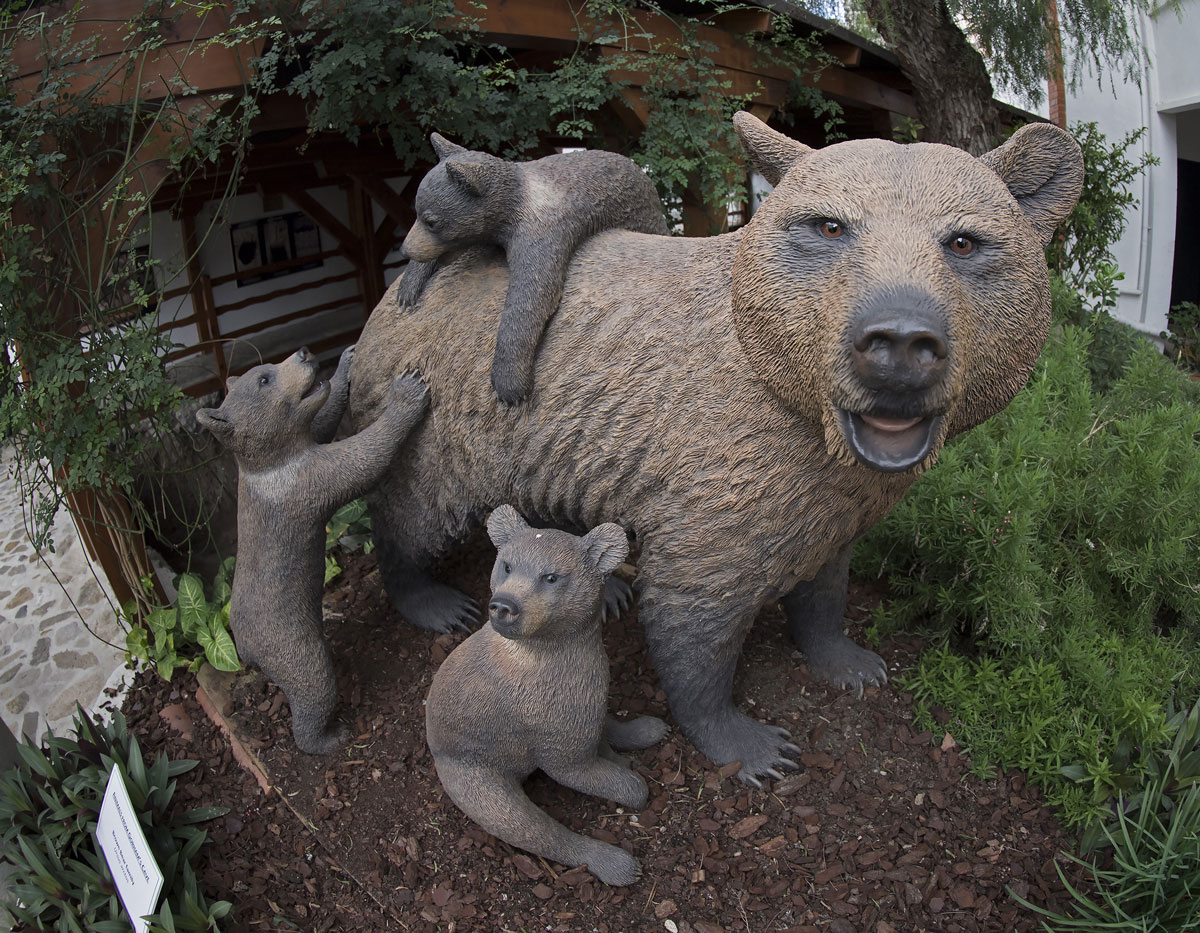 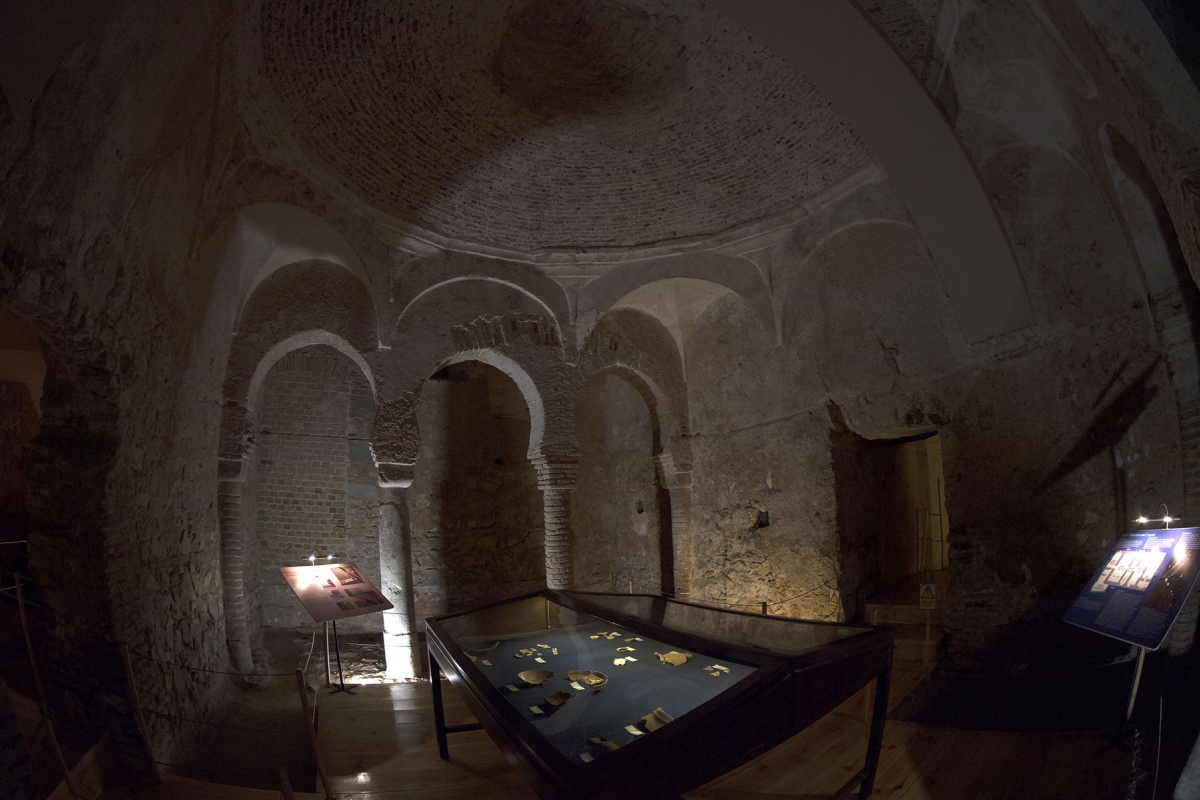 The Gibraltar National Museum is a national museum of history, culture and natural history located within the city centre of Gibraltar. Founded in 1930 by the then Governor of Gibraltar, General Sir Alexander Godley, the museum houses an array of displays portraying the Rock's millennia-old history and the unique culture of its people. The museum also incorporates the remains of a 14th-century Moorish bath house.

The first known collection established in Gibraltar was due to the Reverend John White, chaplain at Gibraltar from 1756 to 1774. Encouraged by his elder brother Gilbert White, he collected zoological specimens which he studied and sent to England. He took advice from Giovanni Antonio Scopoli and also later wrote in England, what is considered the first detailed zoological account of Gibraltar. However Fauna Calpensis was never published and it and his collections are now lost. The next known recording of something that could resemble a museum dates from 1830. St Bernard's Hospital is known to have had a room for specimens of natural history and morbid anatomy. Again, no remains of such collection are kept.

The first actual proposal to open a museum in Gibraltar was made in 1835 at a meeting of the Gibraltar Scientific Society (a group of British Army officers who met at the Garrison Library). The first museum was established in 1842, it changed its name to the Museum Society. A Mr. Frembly was elected as curator on the 19th November 1836 and although the precise location of the museum is uncertain, records show that it was housed in rented accommodation and had a large collection of varied specimens. One of the milestones of the existence of the Society, although its importance was not realised at the time, was the presentation of a fossil skull to the Society said to have been found at Forbes’s Quarry. This skull (The Gibraltar Skull or Gibraltar 1) presented on 3rd March 1848 to the Society by its secretary, Lieutenant Edmund Flint of the Royal Artillery, was later found to have been of the same type as the one found in the Neander Valley in Germany in 1856.

By 1850, the meetings became infrequent and proposals were put forward to unite the society’s museum with the Garrison Library, which had been in existence and functioning independently since 1793. The proposal was not taken forward and the collections were transferred to the Soldier’s Home where they suffered mixed fortunes. Gibraltar had lost its first museum.

In the ensuing years, correspondence was passed between Governors and various military personalities on the topic of Gibraltar needing a museum. However nothing concrete was ever done and Gibraltar was without a museum for the next 35 years.

The present museum's establishment is due to General Sir Alexander Godley, who became Governor of Gibraltar in 1928. Upon his arrival, he gave an opening address in which he highlighted his reformist aims, which would "help to restore [Gibraltar] to its prosperity which had been showing signs of waning". One of the elements of this reformist mission was the creation of a national museum. After nine months in office, on 30 July 1929, the Gibraltar Society was launched. Its main objective was to assist the colonial authorities in the foundation of a museum. Godley was able to get two adjacent military quarters for use as a museum. The choice was lucky as under one of them, known as Ordnance House (up to then the residence of the Assistant Director of Ordnance Stores), lay some chambers of a bath house from the Moorish period, which had been used as a semi-underground stable. The Gibraltar Museum opened its doors a year later, on 24th July 1930. In time for the first anniversary, on 10 July 1931, the Gibraltar Museum Ordinance was passed as "An Ordinance relating to Ancient Monuments and Antiquities and to provide for the management of the Gibraltar Museum".

In the 1970s, the Gibraltar Museum housed the first office of the Gibraltar Ornithological & Natural History Society (GONHS). Founders of the organisation were Joaquin Bensusan, then the curator of the Museum, and Clive Finlayson, current director.

Galleries and displays in the Gibraltar National Museum